Who’s who at FACE? 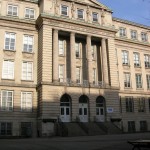 Are you a new parent at FACE and feeling a little lost? It’s only normal! 🙂

The school, one of a kind in Quebec, is composed of elementary and secondary grades from two different school boards within the same building, centred around a Fine Arts-focused curriculum that requires special scheduling considerations. With a student body of almost 1,400 pupils ranging in age from 5 to 17, the school is lacking in neither activities nor opportunities for parental involvement.

Here is a glimpse of the different ways you can get involved in the life of the school:

That’s us! Read more about the role of the PPO here.

The FACE Foundation started in the early 2000s. The role of the Foundation is to finance the many expenses generated by the Fine Arts programme, for example the purchase and maintenance of the musical instruments loaned to students each year.

The Foundation also manages other projects and committees, for example the production of the holiday concert DVDs, the Enchanted Forest, extracurricular programmes such as « Face Up! », and other activities within the sphere of student well-being.

Each school has its own governing board, as defined in the Education Act. The meetings are public: All parents can attend them as well as ask questions during the assigned question period. However, only the parents who have been elected to the Board have the right to vote along with the other voting members (teacher representatives, staff members, students). The elections take place during the General Assembly at the beginning of the school year.

Being elected to the Governing Board means participating in an average of one meeting per month, which is about 8 to 10 meetings per year.

It is a formal meeting following a precise agenda, and the meeting minutes are published on the school website. The meetings are a place to discuss and vote on the overall direction of the school, including, for example: The Educational Project (i.e., the “philosophy” of the school), planning for success (i.e., the means to succeed), the school budget, the class schedules, the curriculum… but also the outings planned for the year (trips, museum visits, outings to the theatre, etc.)

All decisions by the Governing Board must be made in the interest of the students.

Most often, the parents elected to the Governing Board already have experience with the way FACE works and have had a chance to get a handle on the complexities of the environment. It’s not a requirement, however, and any parent can put themselves forward for election at the General Assembly in September.

The Governing Board is composed of:

These are the under the responsibility of the Community Action Coordinator at the school, Michelle Vachon, who receives the forms on which you let us know, at the beginning of the school year, what types of volunteering activities you can engage in. Michelle Vachon contacts the parents.